But who knows what I get instead, if I stay?

Reviews of this event

Maybe time to see a new grandchild. Maybe a good joke that sets me laughing for days. Maybe another handsome young fellow flirting with me. Ehiru steadies her with shaking hands. Until the very end. If these are all the memories I get for eternity, I want to take as many of them with me as I can.

View all 6 comments. May 19, Arielle Walker rated it really liked it Shelves: fantasy-traditional. Most lands can tolerate only a few, and those die young.

Jemisin's universe is utterly immersive, her world building solid, and the details she gives us actually stay consistent - without info-dumps or hammer-over-head obviousness. It's heartbreaking to realise how few fantasy books there are available, still , with a POC as a main character. It's heartbreaking to realise how few books there are available, still, that aren't utterly whitewashed, heteronormative, eurocentric - the fantasy genre just happens to be particularly at fault.

But this book completely shatters all those hideous cliches, and proves wrong any possible excuse that could be made for why fantasy books "have to be" so Set in a world inspired by ancient Egypt, these characters are fully formed, culturally sound. Race isn't explicitly made a point of, but simply accepted.


There is some mention of how the few white Northerners in Gujaareh burn in the sun, and some surprise that a highborn Prince has lighter "lowercaste" skin note "light er ", not "light". There is no sense whatsoever of "ticking diversity boxes", as happens so often especially in Hollywood but that's a whole long rant in itself.

On a similar note, how exciting that bi-sexuality is not only accepted, but utterly normal! The system of magic feels wonderfully new, even when it uses ideas that we have seen before - a brotherhood of "priests", dream magic etc. The author clearly knows more about her world than she lets on, meaning that it feels like a genuine place. We are never given too much information, but rather left to imagine a world that is both alien and familiar. It's wonderful. 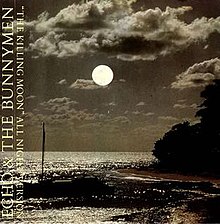 She also explores some very interesting points about life, about the right to choose when to leave - and the right to choose when to stay. Jemisin doesn't tell the reader what to think, only lays it out for us to decide - which for me is the entire point of the whole debate. Maybe another handsome young fellow flirting with me I want every moment of my life, pretty man, the painful and the sweet alike. At times I did feel my attention drift away and would have to put the book down for a while - but only to return again, eager to continue.

Even so, this quote by JRR Tolkien sums up why I didn't give up entirely: I have claimed that Escape is one of the main functions of fairy-stories, and since I do not disapprove of them, it is plain that I do not accept the tone of scorn or pity with which 'Escape' is now so often used. Why should a man be scorned if, finding himself in prison, he tries to get out and go home?

Or if he cannot do so, he thinks and talks about other topics than jailers and prison-walls? This book reminded me that there's no better escape than immersing yourself in an imagined world, yet it also proved that "escape" isn't synonymous with an easy way out. You might end up somewhere at least as complicated as wherever you're escaping from, and you can't rely on anyone being there to hold your hand as you figure out how the world works. In The Killing Moon , the world of Gujaareh is revealed through a combination of vivid details and judicious gaps.

Which is a decent approximation of how people interact with the real world. This review is going to be a bit of a cop-out because I barreled through this book in the wee hours of the morning before my dissertation was due which should give you some idea of how the book affected me , so here are a few of the components that made it stand out: a world inspired by ancient Egyptian mythology; a system of magic fueled by dreams; multiple layers of emotionally fraught mentor-student relationships; the duty to kill; the right to die; the right to not die, thank you very much; a thoughtful exploration of what "peace" means; characters that I sincerely cared about, which made the endgame all the more distressing; and a charmingly self-deprecating author note.

Thank you, NK Jemisin, for restoring my faith in the worlds of high fantasy, and the characters who inhabit them. I would ease this for you if I could, but I have no peace left to share. I still have love, though. Take it. As much as you need. Don't let my 2-star rating dissuade you from reading this book.

The Killing Moon was not for me. There are aspects of the book I enjoyed such as the magic system and desert setting but the story didn't click with me. The Killing Moon follows 3 main characters. Sunandi is a Speaker a political office of sorts from the city-state of Kisua. She gets involved with two Gatherers, servants of the goddess Hananja, who gather people's souls and help them move on to Ina-Karekh, the land of dreams where Don't let my 2-star rating dissuade you from reading this book.

She gets involved with two Gatherers, servants of the goddess Hananja, who gather people's souls and help them move on to Ina-Karekh, the land of dreams where they dwell permanently, killing their bodies in the process. The story follows Sunandi, Ehiru, and Nijiri as they work to uncover the corrupt rulers of Gujaareh and their nefarious plans. I liked the characters well enough and hated the ones the story wants you to hate. Sunandi is an empowered woman who was interesting to read about.

The Gatherers Ehiru and Nijiri have a great relationship, not just as mentor-apprentice but they have a deep love and respect for one another. I also really liked the setting. It's so refreshing to read a story about people with dark skin in a quasi-Egyptian setting instead of a bunch of while people in basically Medieval Europe again.

The magic system was really cool but I wanted it to be explored more. Gatherers visit people who have been deemed corrupt by the Hetawa Hanajah's order while they are asleep, gather their dreamblood, and send their soul to dwell permanently in Ina-Karekh.

I wish N. Jemisin spend more time showing how this works. She and Brandon Sanderson need to take cues off one another. Sanderson's shorter works need more character focus and Jemisin's story here needed more attention on the magic system. One thing that really bugged me: at one point a woman is threatened with rape. Jemisin is very vocal about her views, especially rape and misogyny, so the inclusion of a rape threat really rubbed me the wrong way. It disappointed me that someone so vocal about sexual assault would include that threat in her story. Overall, this book was not for me, which is okay.

It shouldn't stop anyone else from reading it. Jemisin's prose is not quite as beautiful as The Hundred Thousand Kingdoms but she still paints a vivid world worth exploring. Apr 23, Nafiza rated it really liked it Shelves: read , source-review-books , favourites , books-i-own.

Actually, way more than fulfilled. Jemisin uses a large variety of literary techniques to tell her story. There are epigraphs that situate the chapter in the context of a greater narrative. There are multiple perspectives, the book itself is a frame narrative though I am not sure who the person doing the narrating is. There are myths presents, Gods, Goddesses, a bit of romance, bildungsroman Nijiri and many others. There is also a foreword written by the author that is reminiscent of those found in historical novels.

You would think that juggling a hotchpotch variety of techniques would make for a messy narrative but that could not be further from the truth. In the hands of a master, and no doubt that is what Jemisin is, the narrative falls neatly into place. In fact, I found The Killing Moon to be much stronger than her first trilogy.

The narrative and plot are stronger, tighter and more able, in my opinion, to properly convey the story. There are many, many characters in the novel and Jemisin infuses them all with a personality that never feels stilted or stereotyped. The depth of her research is reflected in the richness of her imagery and her creativity finds a wide canvas in the landscape she sets her story in. While she does borrow from history, it is kept to a minimum and integrated smoothly into the narrative.

There is never a sense of her manipulating historical thoughts and events into a shape that fits her plot. Her characters are complex, the core conflict is well thought out and the conclusion, when it is finally reached, is satisfactory.